World renown investor Warren Buffet once said lose money and I am ok with that, but lose our reputation and I will be ruthless. We do not believe in ruthlessness, but at Reid Global we understand that people are loyal when you have a great company reputation. Our core values are embedded in our culture and we strive to have a winning attitude. We believe that by encouraging employee engagement and empowering our staff that we will unleash creativity and maximize our company’s potential. Here are our core values:

If you think that you have what it takes to be apart of the Reid Global team then take a look at the available positions below.

Building relationships is the name of the game. We believe that this is the only way to create trust in our clients and partners. Meet the “A” team. 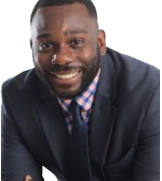 Justin Reid is the Founder of Reid Global (RG) and the President of the company. An avid entrepreneur, Justin also sits on the Board of Directors for the Reid Companies, the parent company of RG with interests in health, real estate, and sports ventures. Justin was born in Canada of Trinbagonian parentage, but he and his family moved to the United States at the age of 3 months where he has called the Washington, D.C./Baltimore region home for nearly 40 years. He earned his Business Administration degree from the University of Delaware and also played for four years on the varsity soccer team. Justin spent 5 years in the world of sports apparel distributing various brands for some of the top companies in the industry. He has also spent time in telecommunications. He also spends time serving on various non-profit boards including the Black Soccer Membership Association, the D.C. Cup, an international youth soccer tournament held in Washington, D.C. during the 4th of July week, and Soccer to Achieve, a program utilizing soccer as a vehicle to teach inner-city youth life-skills across the country.

The success of RG has been fueled by the international brands that it represents. In his free time Reid is an avid reader, loves to play sports, travel (not just for business), and enjoys spending time with his family. 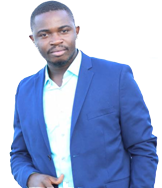 Engebel Acha is the Director of Operations for Reid Global and the one in charge of ensuring that the sales, marketing, and transport teams all work in tandem to ensure customer satisfaction. A native of Cameroon, Engebel joined the Reid team in 2019 and brings a wealth of knowledge to the international food and beverage industry. He has spent over a decade working at various international grocery stores and specializes in supply chain solutions. In just a short time with Reid his leadership has transformed all three of our teams by setting goals to reach greater heights. Engebel’s ability to problem solve has been instrumental in helping Reid to separate itself from the competition. Engebel incorporates the company’s core values by understanding and remaining committed to each and every customer regardless of size and volume.

Engebel enjoys DJing on the weekends and spending time with his family.

Our sales team assists in keeping business moving around the clock. If you are a problem solver, critical thinker, and team player then this position may be for you.

Our dispatchers provide a fun environment that delivers based on paying attention to detail. If you understand mobility and can make adjustments on the fly then this position is for you.

Our administrative team plays an extremely important role of ensuring that we meet the needs of our customers. If you are highly organized and enjoy delivering a high level of customer service, then this job is for you.

Our marketing team is the engine of our organization. This team drives our growth and carries out our culture. If you enjoy strategizing, reading data, and creating marketing plans for various brands then this role is for you.

If you are a natural leader with the ability to get the best out of a staff then this is the position for you.